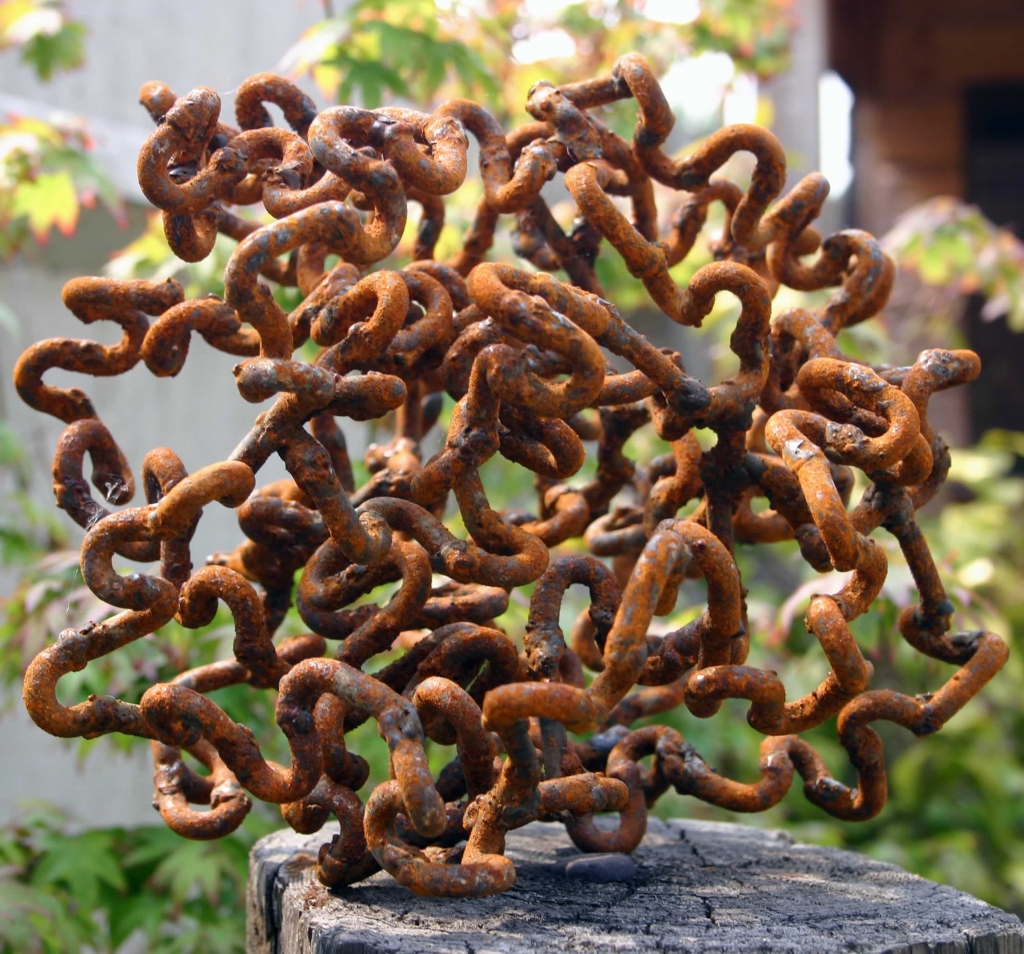 This was the first of the chain link sculptures and, unlike Eightfold, the links were only cut to four angles and sections along the torus form. So, less articulation through space was possible. But even so, the line starts from the centre and coils around itself in one continuous line. Due to the continuous line and the serpentine nature of the form I decided on the title. Laocoon is an Ancient Greek sculpture depicting the Trojan priest and his two sons attacked by a giant serpent sent by the gods. The Labyrinth of the title refers to the steel line being a drawing in space, and its labyrinthine twists and turns. The sculpture features in the book “Making Sculpture from Scrap Metal” by Peter Parkinson, The Crowood Press.