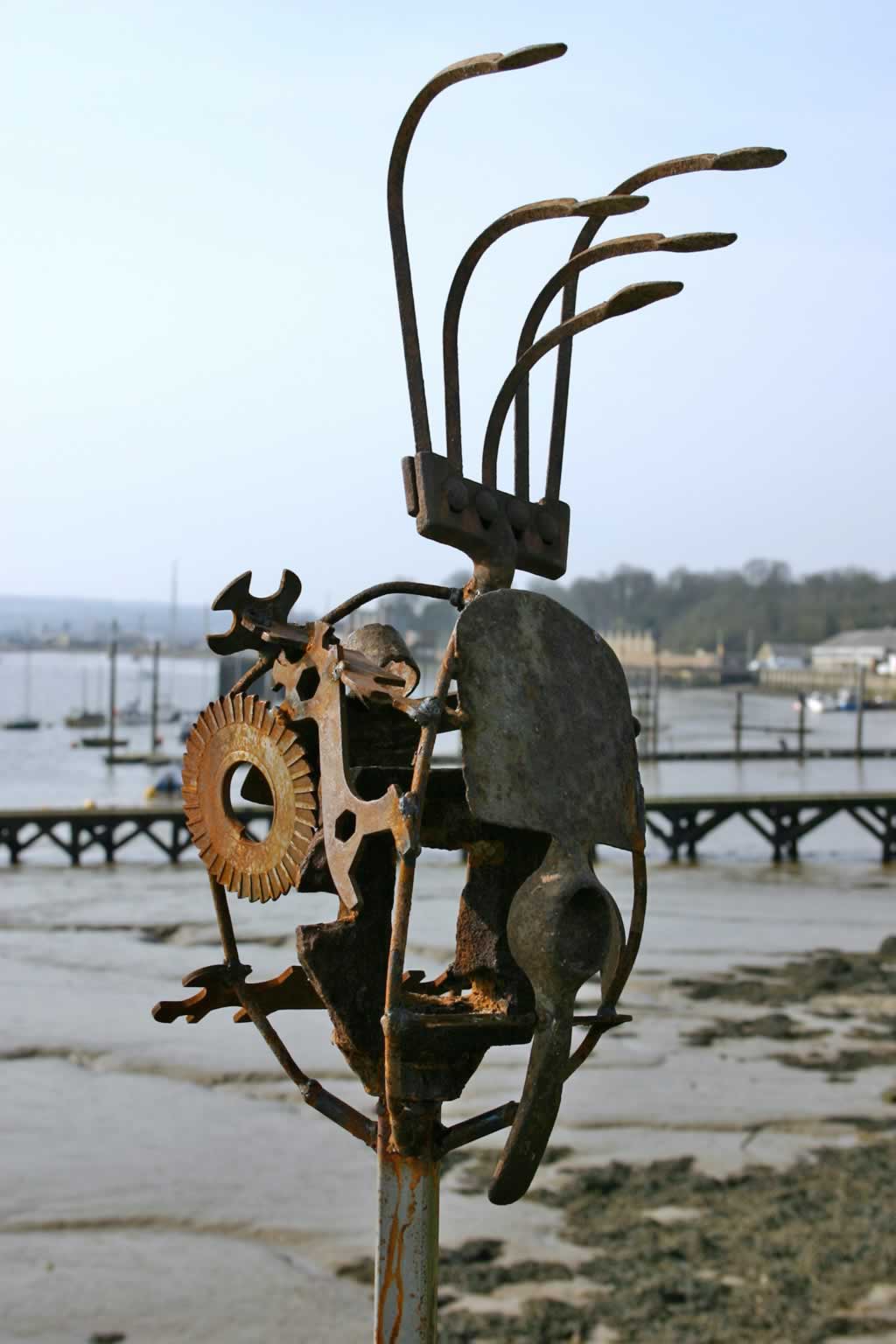 Four formalised faces form one head, which is made from objects collected from the banks of the rivers Thames and Medway. I have always been interested in old tools and the constructed elements of the figurative sculptures led on to welding found objects or objet trouvé together. These sculptures were inspired by the work of David Smith and are both abstract and figurative. I wanted the head to hold interest from every angle and four faces resolved this. Some are formed by a single object, like the mattock, while others required many smaller tools. Once I found the tine plough rake the title for the sculpture became obvious. The sculpture is featured on the frontispiece of the book “Making Sculpture from Scrap Metal” by Peter Parkinson, The Crowood Press.