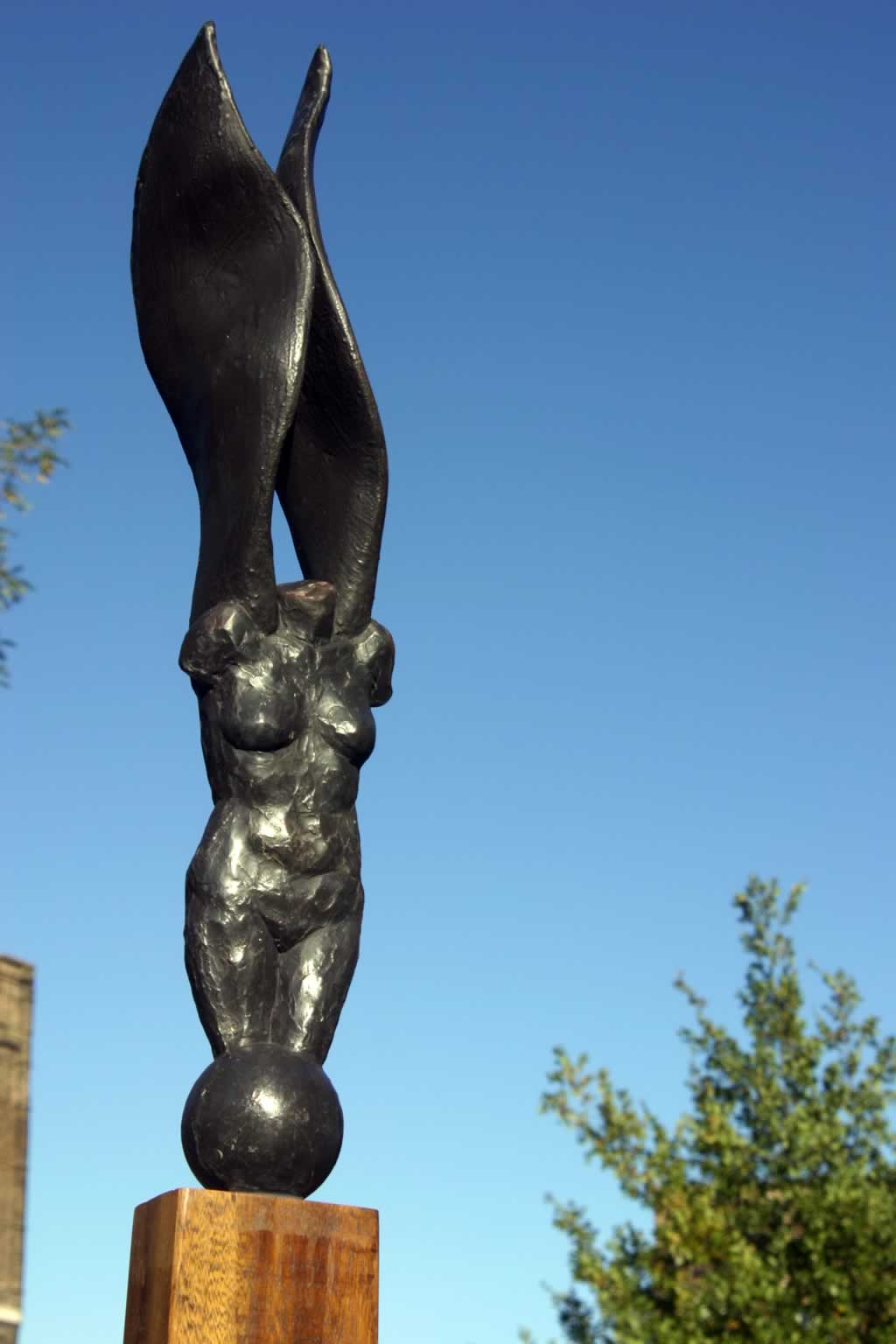 As one of a series of modular figures with various wing forms, this series of work came before Arc I, and informed it with the three constituent elements and the pose of the figure. The inspiration is the Greek sculpture, Victory of Samothrace in the Louvre. The figure was initially modelled in clay standing on a sphere. The pose is contrapposto and leaning forwards on the sphere. Round the clay figure and sphere I made a two-part hot pour rubber moulds so I could make multiple casts. Each of the four figures is cast with a different resin filler. The wings are hand carved in wood, attached to the figure and covered in resin. The wing forms on this sculpture are still a formalisation but are the most bird-like of the series. The articulation is upwards and they echo the hourglass form of the figure. The sculpture was exhibited at Il Tre Archangeli Gallery, Verona and is now in a private collection.